Etsy is one of my favorite places to "shop". I rarely buy anything - but I shop for ideas on crafts/DIY projects.

My first successful "Etsy replica" was the prints I made for our new nursery:
Etsy Original: 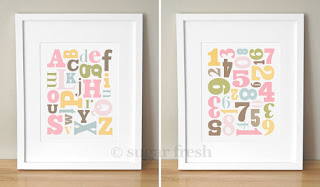 $45 (without frames). Customizable. You can find it here.
My version: 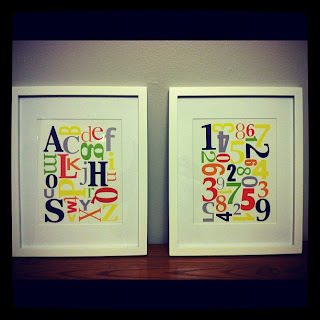 $2 total to print at Office Max (on shiny cardstock). Colors match our nursery theme perfectly!
I am so in love with them!
Don't get my wrong, they took awhile and there was probably a WAY more efficient way to make them than the way I did (which was just using Pages on my laptop and putting each letter in a separate text box so I could edit colors/sizes/orientation and move them around).
My most recent project is a gift for my Father-In-Law for Christmas. I just happened to stumble upon it and knew it would be a perfect addition to his "Ohio State Buckeyes" den and it looked easy to make! 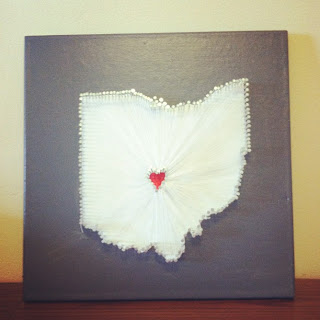 It's called "String art". You can find the inspiration here.
The original on Etsy was $60.
Here is the breakdown of supplies:
> 1-2 inch nails
> thread (in the color of your choice)
> paint
> 1x1 (or any size) wooden board (or in my case.. a bulletin board!)
I already had the white & red paint. I purchased the nails, thread, gray paint, and board from Target for less than $25!
My original plan was to buy a wooden board like the original used.. but I was too excited to start making it and didn't want to cart Evelyn to Lowe's at 9 o'clock at night :) so I grabbed a square bulletin board I had. Next time I make one (which will be soon since Tommy already announced he needs one too!) I will use wood just for more durability.
The overall project took less than 2 hours to do the actually "work".. the longest part was waiting for the paint to dry! Which is what I did first - I painted a coat of white over the entire board. 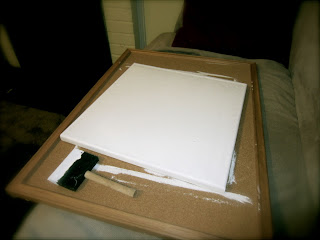 Next, I just found and outline of the state of Ohio online, printed it, cut it out, and then placed it on the center of my board.
Next, I took my nails and lined them up along the boarder of the state. I found it was easiest to start at the "corners" and place nails half way in-between each other until they were closer and closer together.. that way the spacing was even. 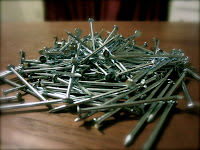 Next, I removed the outline of the state and took my gray paint and painted along the boarder of the nails 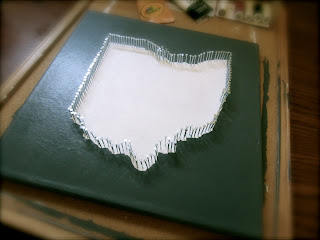 Next, I free-handed a red heart right in the center of the State to represent not only the location of Buckeye Football mecca - but also the love we have for OSU :) Oh, and that also completes the Buckeye color scheme! Nails go around the heart too. 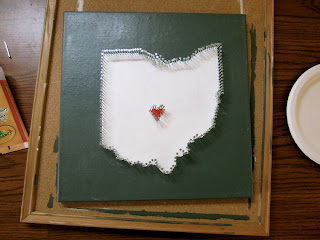 Finally, the threading begins!!!
I tied a knot on the nail starting in the bottom left corner and began looping it back and forth between the boarder of the state and the heart. I did a double loop around the outside nails. And that's all there is too it! 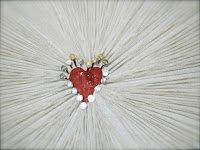 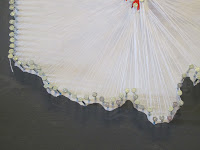 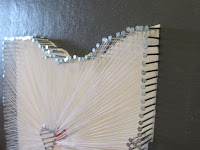 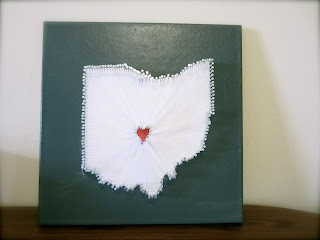 I hope my Father-in-Law likes it! Go Bucks! 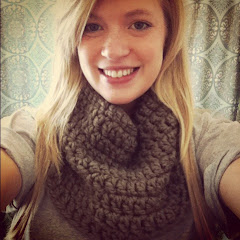 View my complete profile
"Strange, isn't it? Each man's life touches so many other lives. When he isn't around he leaves an awful hole, doesn't he?"